Is Someone's Daddy On The Phone? Is It That Time of Year Already? 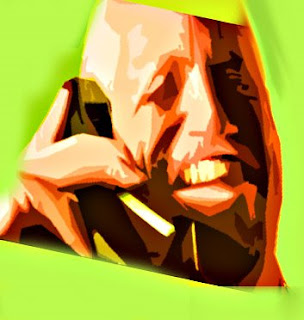 Missy has been under-performing for me all semester long, and even though she was in a real jam, I didn't predict this.
I received a voice mail message from her father, asking me to call him to discuss my “unfair” treatment of his daughter. Since she’s an “adult” and since only identified himself as "Missy's Dad," I didn’t bother to return the call. I figured he didn’t *really* want to hear about how his precious angel had the wrong edition of the text, didn’t participate in class, was two absences shy of automatic failure, had been significantly tardy several times, had a D quiz average and an F test average, and had only turned in 60% of her homework.
Besides, the “unfair” treatment consisted of my applying the same course policy (as clearly stated in her course outline) that I apply to the rest of the students: if you show up late for class and miss a quiz, you don’t get to make it up. Hell, I even drop the lowest quiz grade, so it shouldn’t make a difference. The next morning, the student withdrew from my class, so I was finished with her, right? Then yesterday I received the following e-mail from her:

I couldn't believe it when you told me I couldn't make up the quizzes I missed. Your heartlessness and total lack of concern for me was unacceptable. I already told you that there was a lot of construction on the roads between my apartment and campus, and that's why I was always late. I don't know how you think I'm supposed to control construction!

I only do well in classes where the teacher really cares about me, and isn't just faking it like you do. I'm so glad I dropped, because now I'll have a teacher next term who has real care for me, and I know I will do great.

And then the worst thing you did was blow off my dad, who called because he's genuinely concerned for me. He was going to work it all out with you, so that I could stay in the class, but by being rude to him, that was the final straw. He says, and I agree with him, that you will learn a good lesson from this. I hope so.

Wow. Just....wow. Thank you for enlightening me. The scales have fallen from my eyes. Clearly, I need to stop seeming to care. I sure do wish you luck in finding a teacher who conforms to your oh-so-reasonable expectations. Happy travels, Missy. Say hi to your dad for me.