Gretchen from Georgia Confesses the Grading of Gary. 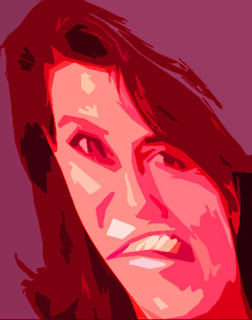 My professional self tells me that I'd never use grades against students, but in my heart I know it's wrong. Let me take you back a few years.
Gary was a prize ass of a student, always a problem, always talking when he should be listening, sullen when he should be active, and dismissive of my advice and the advice of others in class. He treated me with disdain, but what bugged me more was the casual rudeness with which he treated everyone else in class.
His first paper was strong, and I gave him an A-. The paroxysms of dismay he went through in my office after that were comical and sad. He went on at length about how graduate school lay ahead for him, and not at a small state school like ours, but at a big time school, in the east, a long way from the pedestrian paths the rest of us were treading. I gave him my best advice, showed him that he'd merely missed one element of the assignment, thus the grade. He slumped out dejected.
In class, his behavior became worse. He would tell other students that their work wasn't worth being discussed, that they needed to open their minds in order to really learn. "College," he said, "is for sheep."
His second paper earned a B, and that was a stretch. He ignored the assignment entirely, writing on a topic outside of our discussions. This time when he arrived in my office his aim was solely on me. Surely I couldn't be trusted to grade his essay, after all, where did I go to college? What would I know about the high level treatment of his subject, given that I was merely a visiting professor? I sat through it, looked the paper over again and slid it back. It was the right grade. He stormed out.
Gary disrupted the last few weeks of the semester by mocking the material we covered, minimizing the views of the other students still trying to have normal discussions despite his guffaws and sighs. Twice I had to ask him to be quiet, to allow students to finish their thoughts. Each time he crossed his arms and stared out the window until class was over. In the last week he simply stood up 10 minutes into each class and left.
When final essays came in, his was on top. It was excellent. He had kept up to the reading and unlike the second essay, this one was right on topic. It was well argued, informed, spirited. It was even a little funny and appealing.
I gave it a D.
I wrote enough comments to choke the margins. I invented requirements that didn't exist to show where the paper missed. I used that pen like a baseball bat and took out my frustrations on him. He had absolutely ruined a whole semester of my life and of my students' lives, and I wasn't going to let him get away with it.
Gary never appeared in my office again. He went to the Dean who went to my chair who came to me. I looked at the paper the chair brought in, and told him that I stood behind what I'd done. The paper had missed the mark. Others might view it differently. But that was the grade I gave it, and I was not flexible.
The chair gave word to the Dean, who gave word to Gary, and that was the end of it.
I don't know what became of Gary. Perhaps he soared to great heights. Maybe he's working in retail. I don't really care. I have moments of guilt over it, but if someone like him came along again, I'd do it again.