"What About Our Mom? You Got Something to Say About Her, Too?" Metacritical Mortimer Brings the Magnifying Glass to RYS. 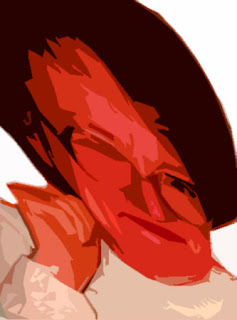 RYS is successful for two reasons: 1) It breaks down traditional professional and academic barriers of politesse and in loco parentis and liberates all the repressed desires of academics. 2) It then pats those desires on the back, stands them on their feet, and gives them a talk show in which a hundred yes-men support every transgressive utterance with a chorus of cheers. And you know what, this is fine and dandy!
It's great to let things out and talk them over, to challenge conventions and preconceptions of behavior. But RYS produces a problem when it does that, because it rarely goes far enough, rarely nuances those releases of emotion and, in proper academic fashion, considers why they arise and how they should be resolved. RYS is where academic integrity, in its intellectual sense, comes to die.

Readers perhaps "tune" into the website at first looking to release some aggression, or maybe to show off their wittiness. It's daring, it's fun, it's like smoking a cigarette in the office of the high school principal after you've snuck in at midnight. Fuck you, principal cum students! Look how awesome I am! And then the reader looks around and realizes that, holy shit, there are a thousand other people smoking cigarettes in there, too. We're ALL cool! And then everyone in that office starts congratulating each other on how cool they are, and they never, ever leave. In a sense, they never grow up and realize that smoking in the office in a stage in the development of any mature human being.

Caught up in this haze of self-congratulation, RYS readers produce too-easily agreed upon statements of the problems of the universe: Two of the favorites are that students are self-absorbed little snowflakes who don't properly appreciate what their instructors do for them, and that the administration doesn't care if it anally rapes the faculty as long as it pleases the students and makes more money. Those comments can occasionally be true, which is what makes them so seductive (take a long drag on that cigarette), but they're ultimately totalitizing and reductive, and they only encourage cynicism and pessimism. And, in fact, those comments enact the same egocentrism they condemn in both students and the administration. And this point is where RYS readers stop thinking. And, in fact, here's where RYS is *exactly* like Rate My Professors; it never gets beyond the bitching.

So here's a challenge, RYS and readers: Stop bitching and start thinking again. Drop the cigarette, get a haircut, and actually critique the problems we all despise so much. Stop wallowing in your communal self-commiseration.