In Defense of the Super-Keener, Because God Knows They Need Every Drop of Affirmation They Can Get.

Okay, I have to weigh in here. Yes, there are students that are annoying (duh), and many of the Keeners fall in to this category. But not all of them. Sometimes, the Keener is someone who just wants to get the most from their education. Someone who is an aggressive student, and not afraid to make the class all about them in the GOOD way (where they do all the learning and hard working). 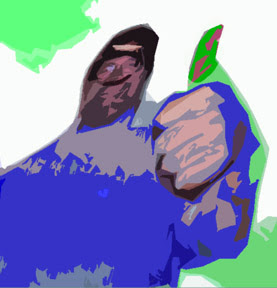 I tell my students that they should do that. I say that the they are paying for their education (or at least someone is), and they deserve to learn what they want to learn. If there is a part of the subject they are particularly interested in, they should try to bring it up, and they should be aggressive with getting the conversation on that track (provided they're talking about something related to the material. I don't care how much you like quantum theory; Don't bring it up when we're talking about Shakespeare). If the other students don't like it, they can fight back and try to bring the class discussion somewhere else and take control of their education. The result? Good conversation.

Are there limits? Absolutely. Every student who is trying to take an active role in their education needs to understand that there are times when the prof simply MUST move on. Professors should have the right to say "Okay Suzy, thanks for you input. Now shut up and let someone else talk." and Suzy shouldn't be upset when that happens; she should be flattered. Because when a professor tells you to shut up, what he/she is really saying is "Please god, shut up," but what you should HEAR is "You're doing a great job participating, and I noticed it. You've earned your points for the day. You can sit back and relax for a while."

Was I a Keener? You better believe it. I sat in my desk like it was a machine gun turret, ready to fire at anyone who disagreed with me. If they could convince me of their points, then great; I learned something. If not, then we kept going the way I wanted to go. I played 'stump the philosophy professor' (to no avail) and learned a lot doing it. I got dirty looks from students, but professors always loved me being in their class. Was it because I shut up when they asked me to? Probably. But I like to think that it was also because I was someone who was REALLY interested, someone who WANTED to be taught. When I did shut up, sometimes I wrote things down, so I could ask about them later. And I did have the courtesy to know when it wasn't a fair fight (not fair for a senior to dominate the conversation in a freshman class; if the class can't follow the conversation, then you're just being an asshole).

I know that now that I'm the teacher, I live for aggressive Keener student. I love it when I have to tell a student to shut up and let someone else participate. And I do notice. And it does affect their grade.