Where the Shame Is: My Brother Is One Of "Them."

Bad students. You know they're there, lurking around every corner, just waiting to pounce on some unsuspecting professor or TA. You just never think that they share your DNA. 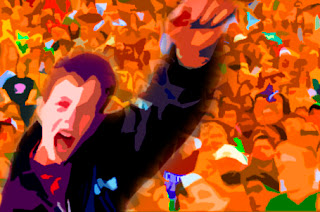 Over the the winter break, I headed for my hometown to visit my family for a few weeks. Only too late did I discover that my baby brother is one of Them.

A sophomore a the local state university, he delighted in sharing tales of his exploits and woes. Like the class in which he never attended a single lecture but managed to beg the instructor to give him a C. Or the women's studies professor who failed him just because she hates men. He was particularly proud of the time he stood up in the middle of a lecture and declared, "I'm not paying good money to be taught by a TA who doesn't know anything!" He then led a mass exodus from the lecture hall.
Of course, I should have seen this coming. He once called me up at 1:30 am the night before a paper was due to ask if paraphrasing Spark Notes was plagiarism. For once, though, 4 out of 5 professors agreed that he couldn't charm his way out of an F when it came time for final grades. Victory!
Maybe he'll learn something when he takes all four of them again next semester. Then again, maybe not.