Pocket Protector Phil Tells Us What's Wrong with the Humanities.

As a computer scientist, my sympathies clearly lie with engineering. Engineering curriculums are necessarily difficult and rigorous. Humanities curriculums should be but are often not. Humanities justify their exalted place on the curriculum by promising to teach critical thinking but fail to deliver. It is not unheard of for an English literature class, where they should be discussing Shakespeare or Milton, to consist of a special snowflake professor ranting against the current administration. 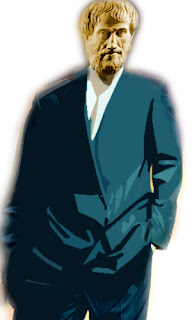 Some of the most uncritical thinkers that I have encountered have had liberal arts degrees. I think that if teaching critical thinking is desiderata, a typical general education humanities class could be safely replaced with a course on logic from the philosophy department or a discrete math class from the math or computer science departments. These classes provide the students with the tools of logic that English and History classes fail to deliver.
As far as engineers failing to learn how to write, I think that they would be better served with a good technical writing class than an English literature class.
If humanities departments want to enjoy the respect that they claim to deserve, they should stop teaching classes on post-modernism, pornography, and popular novels, and instead teach classes on Aristotle, Milton, Descartes, and other great thinkers. Aristotle's poetics is still the best guide to analyzing literature available, but it is now possible to get a degree in English literature without being exposed to it.