When Being "Student-Friendly" Gets In the Way.

On the day before our final, one of my students asked me what kind of grade he was going to get. He had not showed up the previous week and in fact had not visited with me at all concerning grades the whole semester. This in spite of the fact that very low scores were present on most his tests. He told me the he needed a specific grade in order to transfer to another 4 year institution. I knew this was not going to be pretty.

That night, I again looked at grades and confirmed that even if he received a 100% on the final, that he could not achieve their desired grade. As requested, I emailed this news to him.

The next day, he came in and wanted to know how it was possible to achieve such a low grade. I told him that poor attendance, poor tests, poor performance, and a poor final project all contributed. 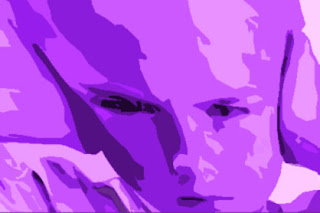 He told me this was unacceptable. I, of course, agreed. He then started telling me what a horrible teacher I was. Well, folks, I've been watching a lot of Gordon Ramsay's "Kitchen Nightmares," and have learned a valuable lesson. If we want to help people do a better job, we have to tell it like it is and stop worrying so much about their self-esteem. For a student to go through the whole semester and not take responsibility for his grades is ridiculous. It's time to put a stop to this nonsense.

Now I know that doesn't sound student friendly, but the more I teach, the more I recognize this false world our students live in. Nobody is telling them to grow up! They think that just attending is enough.

We eventually had another meeting and this time I included the chairperson. (In fact, I had offered the student the opportunity to increase his grade if he was willing to: 1. Work a large number of problems in the book. 2. Prove to me that he learned what he did wrong on the tests. 3. Take an incomplete an re-do the class online. He tried option 2, but wasn't even close on getting the answers correct, and refused options 1 and 2). He was adamant that his inability to learn was entirely my fault. For 30 minutes, I sat there listening to illogical reasons for his failure.

At no point in our discussion did he ever accept responsibility for his actions. The next day, however, he emailed me and asked me to change the "D" to a "W." That's not going to happen.

Students are fooling themselves and we are letting them get away with it. We as instructors have to put an end to this madness. Next semester, feedback will be immediate, public, yet respectful. Students will be uncomfortable and quite frankly, so will I. But I can' t continue feeding their egos when they don't deserve it!