I am chagrined to report that my cover has been blown by a Chronicle article that will appear online tomorrow morning.

I started Rate Your Students as a bit of a lark in November of 2005. After a brief but intense series of interviews and national attention, I started to receive a great deal of nasty mail. During one week in February of 2006, the site was hacked several times. I decided it had been too much of hassle and so I took it all down. A few weeks later, I came up with a fake back story that three moderators, all at different colleges, had taken over the site and were running it.

Things then continued very quietly for this past year until about ten days ago when my office phone rang and a reporter from the Chronicle called and started to ask me specific questions about the site. It seems that they had tracked me down by using a trail of IP addresses from this site's Hotmail and Blogger accounts. (Oh, and the tipping point appears to be an innocent clarification I had made to a spurious attack on my ratemyprofessors.com page.)

So, the cat is out of the bag, and I must admit I think I'll have to shut the site down. I am embarrassed, in fact, and reeling still. I have tenure at my college, and I am simply the moderator of RYS, but I suspect my fine colleagues will think my relationship with the site is inappropriate.

Below is - as I say - a little flava from the Chronicle article mentioned above. I have made an appointment to meet with my Dean today to tell her the whole silly story and get her suggestions for what I should do. Limbo, is I guess what you'd call it.


Rate Your Students, an increasingly popular blog for academics, has led a brief but interesting life online. Started sixteen months ago, the site has attracted hosannas from beleaguered professors and venomous attacks from students. 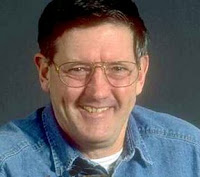 onicle researchers matched Internet Protocol (IP) addresses from the site's Blogger.com home to a Hotmail.com account from which a number of emails to this paper were generated.

Martin Bell, 52, a Classics professor at Arkansas Northeastern College in Blytheville, confirmed on Saturday his role as the site's sole moderator since inception.

"I'm a little embarrassed it has come out this way," Bell said. "I never intended the site to be demeaning or condescending to students, because they are the life-blood of my own career. But I always felt that a little venting made for a more reasonable and even-tempered faculty lounge."

Bell had hidden his identity on the site, and could not say what the future would be. "You're catching me a little off guard. I need to get my ducks in a row, or 'on the road,' as my students often say. I'll likely need to consider taking the site down."

Confirmation of Bell's identity came through a further match to a comment he left on Ratemyprofessor.com. "It's awfully ironic, of course, that a harmless attempt by me to correct an anonymous lie on that blasted site has been part of what outs me. I still regard what I do on RYS as a rather harmless and good-natured enterprise, certainly not like what happens at RMP."

As of press time, Rate Your Students was still online.