At Least She's Got Some Ambition

Cherry has not put forth much effort this semester. She had fairly regular attendance for the first several weeks of the semester. Then she missed the first exam. I told her I would make an exception this one time: I would allow her to make up the exam (in essay format) with a 50% penalty, and she should not expect this kind of leniency ever again. 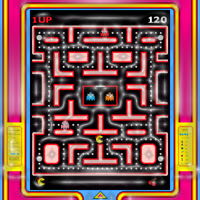 Eight weeks later, she still hasn't made up the exam.

Then she failed to turn in her first term paper. Nearly one week after the due date, she emailed me her paper. When she came to class, she inquired as to whether I had received her paper. I told her that I could not accept it unless she had some documentation excusing her absence. "Fine, if that's how you're going to be..." she muttered before storming out of the classroom.

I hadn't seen or heard from her until yesterday. I received an email from her apologizing for missing class and telling me she probably wouldn't be able to make any of the remaining classes. Why? Because she is a "gamer." She plays video games for a living, and, as she explained in the email, she is doing very well in her career. She is doing so well that she has been traveling all over the U.S. for tournaments, which prevents her from attending class. She hopes that I can understand that she needs to do this, and she will try her best to turn in work on time.