The Bitchy Bear of Boston on Bowls, Owls, And The Need to Protect Those Precious Snowflakes Through The Kind of Coddling Any Real Mommy Would Expect. 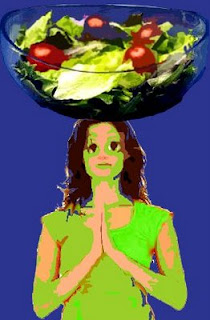 As is entirely too frequent in all of our lives, I had to confront and sanction a plagiarizing student this week. Keep in mind that this was a lame-ass assignment for a lame-ass class, the sort of class that most donkeys could pass if their parents were capable of writing checks for tuition. This particular assignment required a student to take five--count 'em--five whole digital pictures and required at a maximum--a maximum--of 300 words. Rather than take the digital photos himself, Snowy decided to take images off of Google. And of course, he used the first few images that show up on Google images, as he didn't have enough gumption to scroll. Then, he ripped off text from the web pages to describe the photos. He couldn't manage a whole five sentences for his own captions.

I confronted dear Snowy and his response was: "You didn't say we couldn't take text from websites." He says this, and I start to feel one of the veins in my temple give way. This is a 20 year-old person. Help me, God, please God help not to dope slap him because I am pretty sure that would tip off my colleagues to how I really feel rather than all the student-centered bullcrap I wrote in my teaching statement. This problem here, I guess, is entirely my fault. Instead of feeling...oh, I don't know....something even remotely socially appropriate like shame, Snowy is angry with me.

Suddenly, the weight of the world began to bear down on me much more as I thought of all the many things I have neglected to tell my students not to do. I have never told them not to come to class with a salad bowl on their heads. I have never told them not to spend their entire allowance on cookie sprinkles and pinking shears. I have never, not once, not ever told them not to stand in traffic and not to put out their cigarettes on another human being's head. I've never told them not to use bourbon in a martini. I've never warned them not to write their problem sets in blue eyeshadow. I never told them not to shove their keys in a light socket. Do you see the problem here? Because of me, and my failures as an instructor and, let's face it, as a human being, one of my students, right now, could be posing as a naked taxi driver in Tijuana all because I never told him not to! AIGHGHGHGHGHGHGHGH. There could be another student using nailclippers to trim hedges because I didn't tell her not to. The inefficiency! One of mine could be out there, right now, poking at owls with an umbrella because of my inability to make my expectations clear. Was I raised by wolves? It's like I have no social conscience whatsoever! Here I was, thinking about my own stupid little problems like paying rent and getting tenure, instead of thinking about what they shouldn't do.

So if you ever encounter a naked taxi driver or particularly confused-looking owl, you'll know who to blame.